IV therapy has been used for decades in hospitals to treat a range of conditions, from dehydration to nutrient-absorption disorders, but it’s increasingly offered at independent clinics and through house call-type services that pledge to help people feel better without clogging already-burdened emergency departments. And, while it may be most buzzed about as a hangover cure in party cities like Las Vegas, New Orleans and Los Angeles, IV therapy is also given to people with migraines, fibromyalgia and chronic fatigue syndrome, as well as those who want a nutritional, athletic, energy, beauty or immunity boost.

The process works by providing the user with a direct infusion of vitamins and minerals, like high doses of vitamin C or magnesium. Receiving vitamins through an IV allegedly allows the nutrients to bypass the digestive system for a quicker shot of vitality. There are various different formulations of vitamins you can receive depending on your needs.

Perfect for when you are dehydrated and just need saline!

Perfect for the morning after the night out on the town!

Perfect for when you feel under the weather with the flu or a cold!

Perfect to get rid of
that awful headache!

Perfect for the everyday pick me up to supplement vitamins and minerals!

IV Hydration focuses on the specific needs of replenishing levels quickly and efficiently to maximize performance, recovery and health. Our in-house physician has created specialized IV Therapies that safely provide you with nutrients, medication, and vitamins to supply your body with everything you need to be at your very best.

IV Treatment is a quick and effective method to quickly combat hangover symptoms within 30-60 minutes. Our treatment rehydrates your body, helps you flush out toxins, restores nutrients lost during a night of heavy drinking, and cleanses your system. Our formula includes anti-nausea and anti-inflammatory medications to provide fast relief so you’ll be back to feeling normal in no time.

Lipo-C injections are made up of amino acids, methionine, inositol, choline, and L-carnitine, B1,and B5. They stimulate the liver to release stored fat deposits throughout the body. They are on the same cellular level as B-12 so when given together the effects of the Lipotropic Injections are intensified as well as getting the benefits of the B-12.

Toradol (ketorolac tromethamine) is a nonsteroidal anti-inflammatory (NSAID). Toradol injections are useful in the management of moderately severe acute pain that requires analgesia at opioid level; back pain (sciatica), joint pain, injury, swelling, fever, or migraine. Toradol can be given in an IV or as an injection.

Kenalog (triamcinolone acetonide) is a corticosteroid that produces an anti-inflammatory action. It works by decreasing your body’s immune response and therefore reduces symptoms of inflammation in allergies, asthma, rheumatoid arthritis, lupus, Crohn’s or ulcerative colitis.

Zofran (ondansetron) is an anti-nausea medication. Zofran is useful in the management of morning sickness, chemotherapy induced nausea, or the stomach flu.

Vitamin D (cholecalciferol-D3) is a fat-soluble vitamin that helps your body absorb calcium and phosphorus. Vitamin D is vital for bone mineralization and helps prevent osteoporosis. It has also been found beneficial in fighting acute and chronic disease, from the flu to heart disease, reducing depression, anxiety, and fibromyalgia, and boosting weight loss.

Glutathione is composed of three amino acids combined to produce a peptide that is both a powerful antioxidant and performs several critical roles in the body. Glutathione plays a significant role in immune function by encouraging T-cell function that’s essential for a healthy immune system and protecting from environmental toxins. Glutathione detoxifies carcinogens, foreign bacteria and viruses.

Glutathione deficiency is commonly due to consumption of alcohol, acetaminophen, aspartame, benzopyrenes (tobacco smoke, fuel exhaust, pollution) and many household chemicals. Glutathione depletion contributes to Alzheimer’s, Parkinson’s disease, asthma, cancer, cataracts, macular degeneration, open angle glaucoma, diabetes, and liver disease. Glutathione is useful to stimulate immune function, improve skin properties, and detoxify the liver and body. Glutathione can be given as an IM injection or as an IVP during an infusion.

Medical Disclaimer: If you think you may have a medical emergency, call your doctor or dial 911 immediately. This website does not provide medical advice and is intended for informational purposes only. It is not a substitute for professional medical advice, diagnosis or treatment. Never ignore professional medical advice in seeking treatment because of something you read on the internet. These statements have not been evaluated by the Food and Drug Administration. 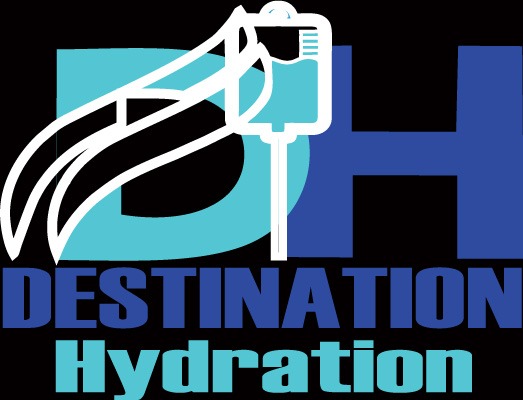 Mobile IV Therapy, We Come To You