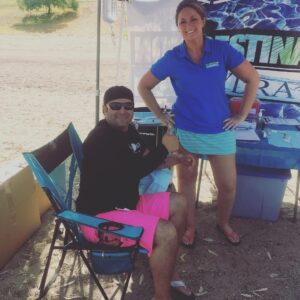 Nothing is more Lake Havasu than the annual Desert Storm Poker Run, so Destination Hydration had to be part of it! Desert Storm Poker Run and Shootout officially kicks off on Thursday, April 25th, with a downtown street party on main street McCulloch where a world-class collection of the most prestigious performance and power boats from across the nation line the street and over 10,000 people come on down to see them up close!

On Friday, the Bridgewater Channel hosts the Desert Storm Parade where the boats get to be displayed on the water. After the parade, the boats participate in the Poker Run by traveling from stop to stop gathering cards. Saturday morning hosts the Shootout from Site Six Launch Ramp, which travels past the Nautical Beachfront Resort. Adrenaline, speed, and fun engulf the entire weekend and Destination Hydration is on site and mobile to administer IV infusions to fix heat exhaustion, dehydration, fatigue, and of course that late night party!